A Game for Geordie

Oban No 1 Celtic Supporters Club are raising money for Highland Health Board Endowment Funds in memory of our friend Geordie McGhee. As a good football man, the club has organised a local 'friendly' match between Celtic and Rangers supporters followed by a raffle and an auction of football memorabilia.

Auction (6pm at The View)

Click here, on the image or button below to donate. 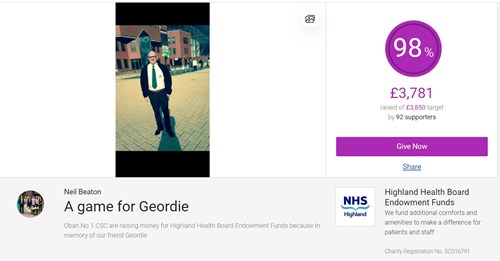